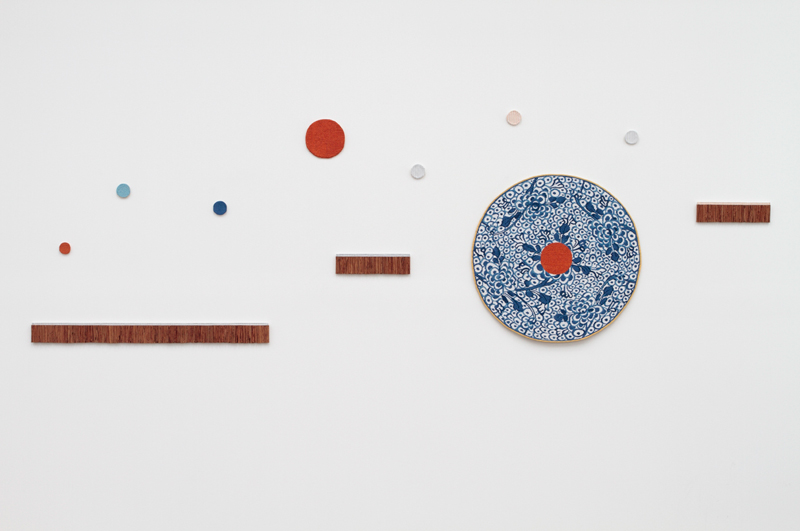 Sara Lindsay is a British born artist, curator and educator who lives in Melbourne.  She worked as a weaver at the Victorian Tapestry Workshop (now the Australian Tapestry Workshop) from its foundation in 1976 until 1990, when she moved to Tasmania to teach at the Tasmanian School of Art. From 2007-2012 Lindsay held the position of Production Manager at the ATW. Lindsay received a MA (Fine Art) from RMIT University in 2003 and has won numerous Awards for her tapestries, which have been exhibited nationally and internationally in solo and group exhibitions, and are represented in many major public collections in Australia. She received an Australia Council New Work Grant in 2004, an Australia Council Studio Residency in Besozzo, Italy in 1997, the ‘Outstanding Award’ – 5th International Textile Fair, Kyoto, Japan in 1997 and an Australia Council Fellowship in 1995.  Lindsay is represented by Stephen McLaughlan Gallery, Melbourne.

Lindsay’s British grandfather managed a tea plantation in the hill country of Ceylon (now known as Sri Lanka) in the 1930’s. Her mother was born there – her grandfather is buried there. Cargo: china tea cinnamon ticking combines her interest in the history of Sri Lanka as a trading nation with a direct reference to her family history.  A tapestry of a china plate that belonged to her grandmother and was purchased in Ceylon but of Chinese origin sits alongside constructions of cinnamon and ticking and finely woven tapestry circles, creating the illusion of a material world in rotation.

“When ships were still approaching, ten miles out at sea, captains would spill cinnamon onto the deck and invite passengers on board to smell Ceylon before the island even came into view.” 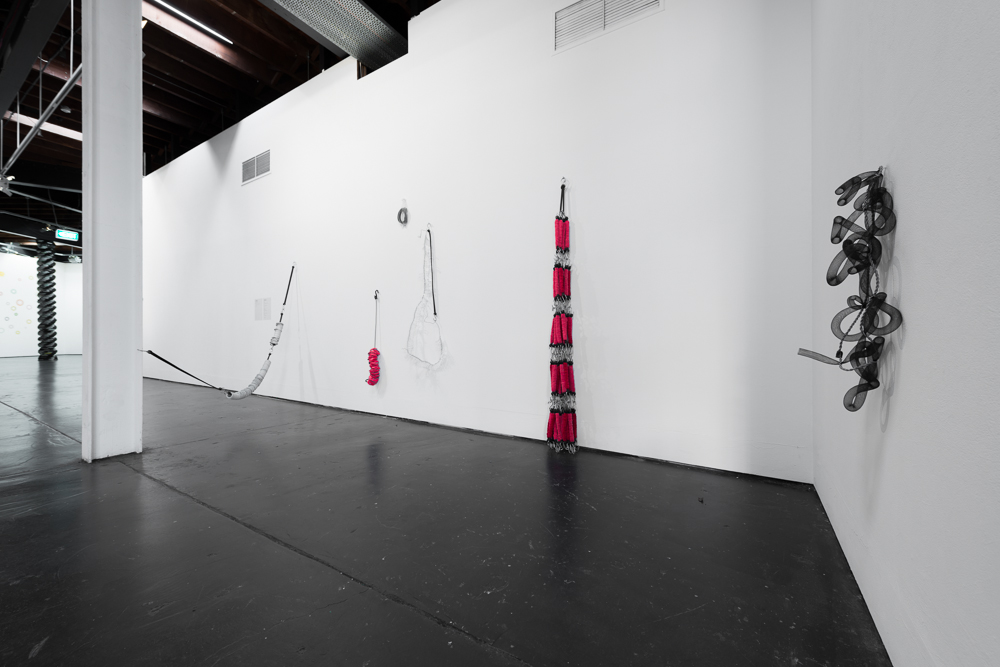 My practice explores a range of sculptural forms and installation using recycled materials. Within the parameters of a feminist practice, I strive to create embodied works that engage with ideas surrounding tension, borders, becoming and sexual difference.

The primacy of Minimalism and the use of handmade Craft practices transform the materials within a spatial context, to create new relations between embodied space and materiality; what I describe as a feminist phenomenology in sculpture.

Through processes of responding to the materials – instinctual play, wrapping, tying, repeating, stretching, hooking and hanging – embodied relations between the self and the other are explored.

Caroline Phillips is a Melbourne based visual artist working in Sculpture and Installation. Her materially based works have been exhibited nationally and internationally, including Craft Victoria and the George Paton Gallery, Melbourne, First Draft Gallery, Sydney, Cité Internationale des Arts, Paris and the Slade School of Art, London. Phillips has been awarded a number of grants and awards including a City of Melbourne Arts Grant, the George Paton Gallery Proud Award, a Janet Holmes a Court Artists’ Grant and an Australian Postgraduate Award Scholarship. She is currently undertaking a Phd (Research) at Victorian College of the Arts and will shortly undertake a residency at the Australian Tapestry Workshop in Melbourne. Caroline also works as an independent writer and curator. She is currently developing a travelling exhibition of Contemporary Feminist art, which will tour in Regional Victoria in late 2014.

Corinna Berndt’s work is often concerned with the relationships established between the physical self and constructed objects and environments. She works across mediums including digital collage, sculpture and animation. Berndt’s work focuses especially on isolating movements between two different kinds of bodies. There is often a sense of ambiguity between rejection and acceptance in those relatively small physical interactions. Digital media such as moving image, animation and digital collage allow the artist to create poetic and imaginative relationships between corporal identity and lived environments.

You Move Too Loud, a group show created by Sharon Flynn, which was part of the 2014 Midsumma Festival.

The work’s allegorical qualities were inspired by Heinrich Heine’s poem Lorelei, The poem tells of an enchanting female, sitting on a cliff above the Rhine in Germany, combing her golden hair. She unwittingly distracts shipmen with her beauty and song and causes them to crash on the rocks. In an earlier version of the tale, the protagonist Lorelei is accused of bewitching men and causing their death. She is sentenced to life in a nunnery. In this version of the tale Lorelei asks for permission to climb a cliff that overlooks the Rhine, to see the river once again before entering into solitary confinement. She does so and falls to her death.

Corinna Berndt’s work subverts these ideas of archaic female identity by creating an image of a young woman who is shown as both seductive yet menacing, however instead of being portrayed as a passive protagonist, the woman in the video actively causes a rupture. The video work creates an “allegorical contest of two nice but menacing surfaces – one prickly but fragile and the other robust but feeling pain. Slow and quiet, the diptych is seductive and snaps. It lingers over the allure of the human skin receiving a ritual of decoration; but as it’s fulfilled, the angelic countenance takes on the horror of a hedgehog that causes rupture” (Robert Nelson, The Age) Read more:

Corinna Berndt has exhibited her work at artist run spaces and galleries in Melbourne, including West Space, Seventh Gallery, Anna Pappas Gallery and Edmund Pearce. She has worked on several commissions and has been collected by Art Bank and private collections. She was finalist in the Substation Contemporary Art Award 2012. Corinna Berndt is currently working on combining performance and projected animation in an interactive life event. 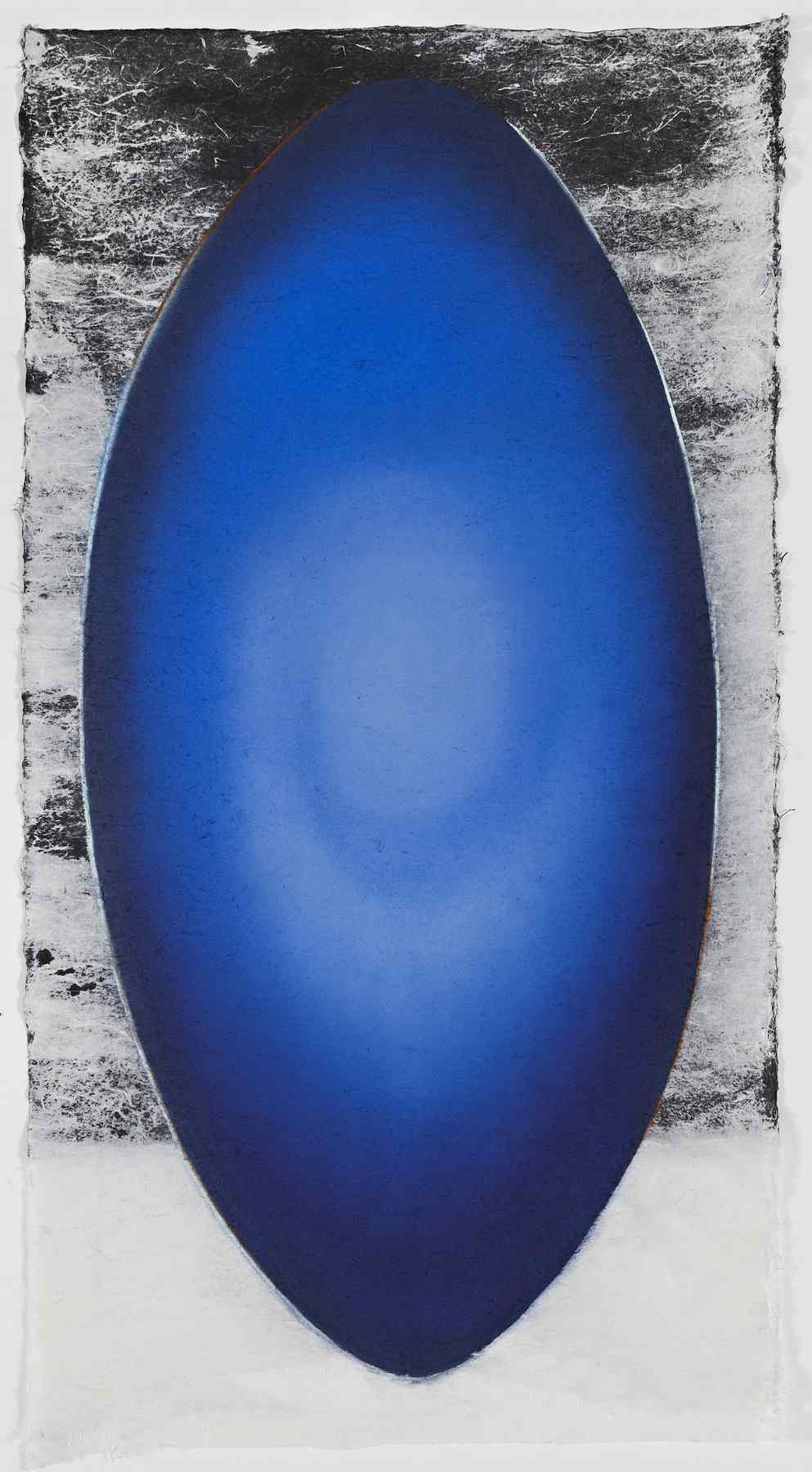 “In the body of work titled Numinous, the fluctuation between fore – and back-ground, calls to mind the fluidity of paired concepts such as thinker and thought, self and other, inner and outer, that may be contemplated during meditation. As viewers oscillate between positions of perception while looking at a single painting, they may realize that the apparent dualism of such concepts is illusory and are forced to see the works with new eyes. The works are doubly rewarding because they afford profound aesthetic pleasure as well as conceptual ones”.

Dawn Csutoros has created a wide body of art over many years, working, exhibiting in and travelling through France, Italy, US, Japan and China.  Her recent experience of travelling the Silk Road through the Gobi Desert has greatly influenced her current practice.

The works in this exhibition, a selection from the Numinous series, are based on simple geometric forms that invite varied interpretations and distil moments of quiet beauty. Working with a simple set of materials – organic handmade Chinese papers, pure French pigments and Japanese inks – her drawings develop through a gradual and tactile action of rubbing, gently building up tone and density. The process of making is meditative and informed by her long term interest in eastern philosophy and quantum theory.

Csutoros uses the intense hue of ultramarine to coax out a series of soft, elegant elliptical forms that hover in the space between solidity and void. As our perception oscillates between these two spatial readings, we become aware that these figures are in fact a series of meditation tools. Her works take us inward and allow us to meld into a pure field of colour.”

Csutoros has long been fascinated by the psychology and potential of colour.  In this case blue. Blue is a curious colour, possessing both qualities of cool calming and warm energising and has long been associated with the sacred across cultures and spiritual traditions.  Artists such as Yves Klein claimed that the colour blue could ‘make the invisible visible’ and Goethe’s sentiments were echoed by the colour theorist, Johannes Ittens, who said ‘blue beckons our spirit with the vibration of faith into the infinite distances’

The artist’s work is a direct reflection of her international experience, and her art pieces, a voyage of sensory discovery. Csutoros is passionate about creating works of art with multiple layers and dimensions, which have the capacity to invite quiet meditation. They are phenomenological in essence, and are to be experienced; felt with our insides.

(The Numinous series of works, is part of an ongoing international touring show accompanying the artist’s video installation” Infinite Distance, Immediate Presence” which has been exhibited in sacred places around the world including a 13th century chapel in Assisi, Italy, the main chapel of the Motherhouse of the Good Shepherd in Angers, France and the Sister Carmel Crypt in Abbottsford Convent, Melbourne.)

Click here to find out more about our exhibitions