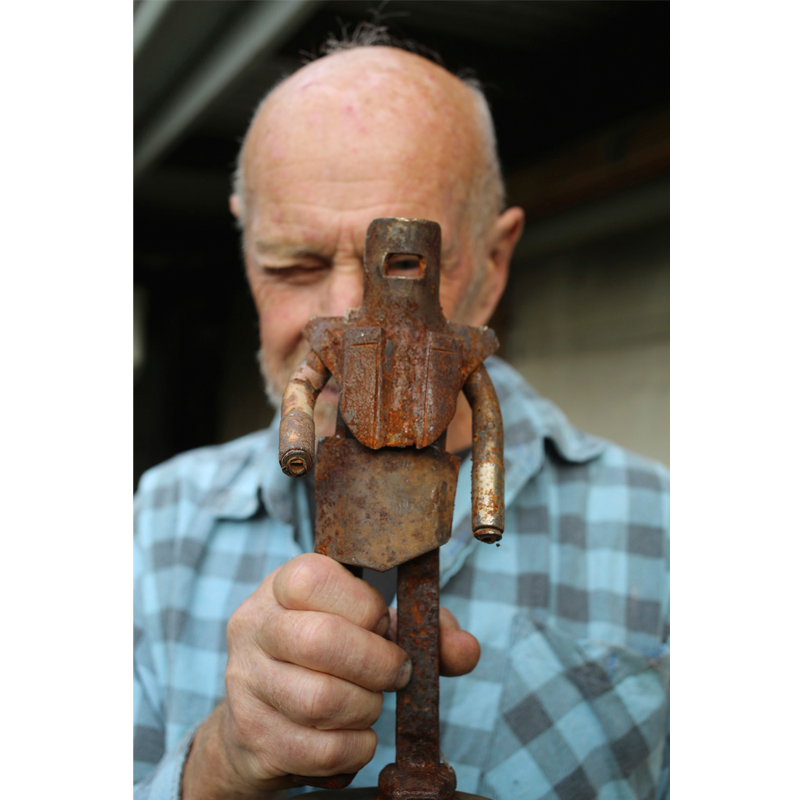 Murray Walker – The Reclaimer: what was once yours is now mine

Opening: Friday 9 May 2014, from 6pm by Jason Smith, Director, Heide Museum of Modern Art. All welcome.
Live entertainment, an artists’ bar and finger food will be available at the Opening.

For more than thirty years Murray Walker has explored the art of found objects, uncovering unique pictorial qualities in detritus that others leave behind. A hunter-gatherer of images, he retrieves, rescues and plunders materials from everyday life and wittily reimagines them through the prism of Australia’s art and cultural history.

The Reclaimer (what was once yours is now mine) focuses on his recent practice and his continuing exploration of making art from the basis of lived experience. As its centrepiece, Walker has constructed a ‘Museum of the Lost and Found’, a great pavilion-cum-sanctum he dreamt up after stumbling upon discarded wooden pallets previously used for the transportation of canvas. A repository for his findings as both an urban and rural dweller, the Museum resembles the artist’s own cabinet of curiosity. Characteristically traversing the weird, naïve, dark and satirical, Walker’s collection of objects trouvés highlights various themes throughout his life’s work – from Australian material culture and folklore, to outsider art, and the artistic influences of the European avant-garde.

This vibrant exhibition also includes a series of Ned Kelly assemblage sculptures, readymade ‘instant portraits’, a painted triptych titled Alice in Wonderland and a large collage from Walker’s scavenging around Melbourne Central. Each work has originated from found materials and a discerning eye. Realised in the space of twelve weeks, Walker’s prolific output and energy at age 77 make this exhibition one of his most expeditious and ambitious feats thus far.

In the spirit of the exhibition, you are encouraged to wear an item(s) of the lost, found and reclaimed at the Opening. Bizarre is better.

Murray Walker: The Reclaimer
by Professor Sasha Grishin AM, FAHA