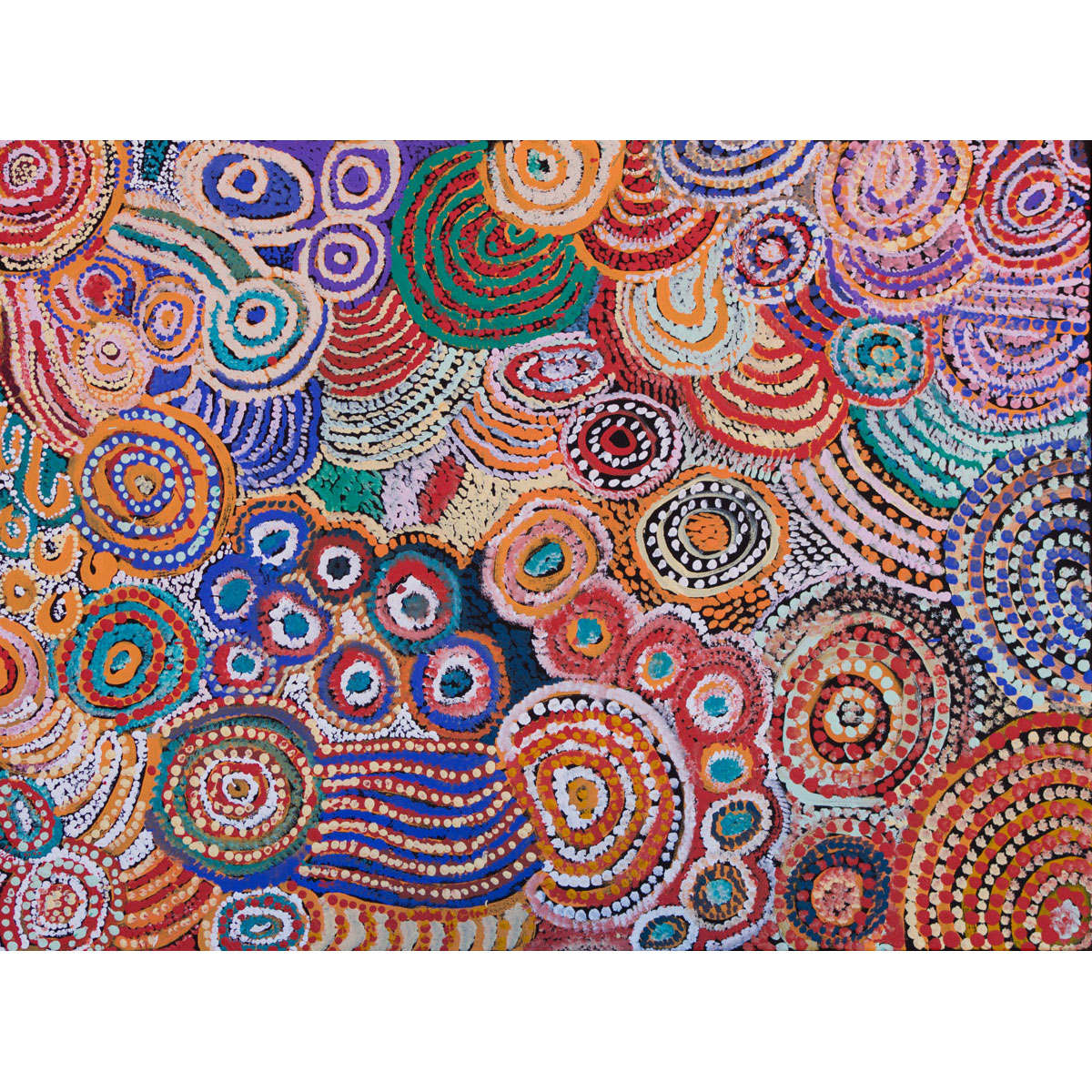 Warakurna is a remote community situated on the Great Central Road in the Ngaanyatjarra Lands of Western Australia, approximately 330km from Uluru near the border with the Northern Territory. The township of approximately 180 people is nestled amongst the spectacular Rawlinson Ranges in the Gibson Desert, close to the Giles Meteorological Weather Station.

Warakurna has a long history of artistic expression. In March 2005 the Art Centre studio was opened amid much enthusiasm and excitement. The Art Centre is fully owned and governed by Aboriginal people and provides services to artists living in and visiting Warakurna and the nearby community of and Wanarn.

Warakurna Artists is an energetic, creative and happy place, where men and women, young and old, paint and share Tjukurrpa (traditional law and culture) and contemporary stories. Passing on these important stories to young people is a critical means of keeping culture vital and strong. The Art Centre plays an important role in the community, providing cultural and social benefits in addition to economic returns.