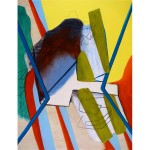 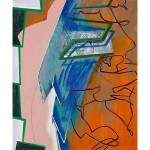 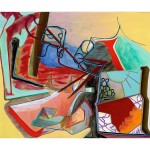 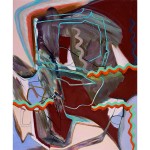 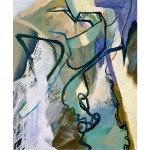 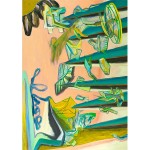 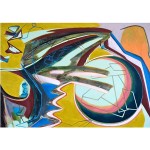 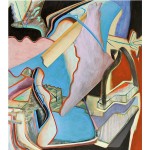 As an artist who explores sound and imagery, Palliser is perhaps best known for his disjointed yet harmonious abstract paintings. His use of colour and tone to push space around form has again produced compelling results.

send nurse presents a suite of vibrant new works. Evolved from a series of exploratory drawings Palliser has arrived at complex arrangements where the spatial and colour play is sophisticated and immediate. Reflecting his practice as an improvising musician, the mysterious and animated forms in his paintings behave like sounds in an abstract field.

There is a great sense of purpose to the inventive imagery in these paintings but we are left in a state of pleasurable suspension, not knowing exactly, but fascinated by what we are experiencing. This powerful show is not to be missed.

David Palliser was born in Melbourne in 1960, where he continues to live and work. Palliser has a BA in Fine Art, RMIT and completed a Graduate Diploma of Fine Art at the Victorian College of the Arts in 1982. He has exhibited widely, having over twenty solo exhibitions to date. Palliser’s work has been acquired by collections within Australia and overseas, including Australian National Gallery, National Gallery of Victoria, Artbank, and Mornington Peninsula Regional Gallery. Palliser has participated in large-scale exhibitions, including Imagine, Heide Museum of Modern Art, 2006 and Melbourne Now, National Gallery of Victoria, 2013. Later this year Palliser is participating in the Liquid Architecture Festival, Melbourne and he will be attending a residency at Leipzig International Art Program, Germany in 2015.