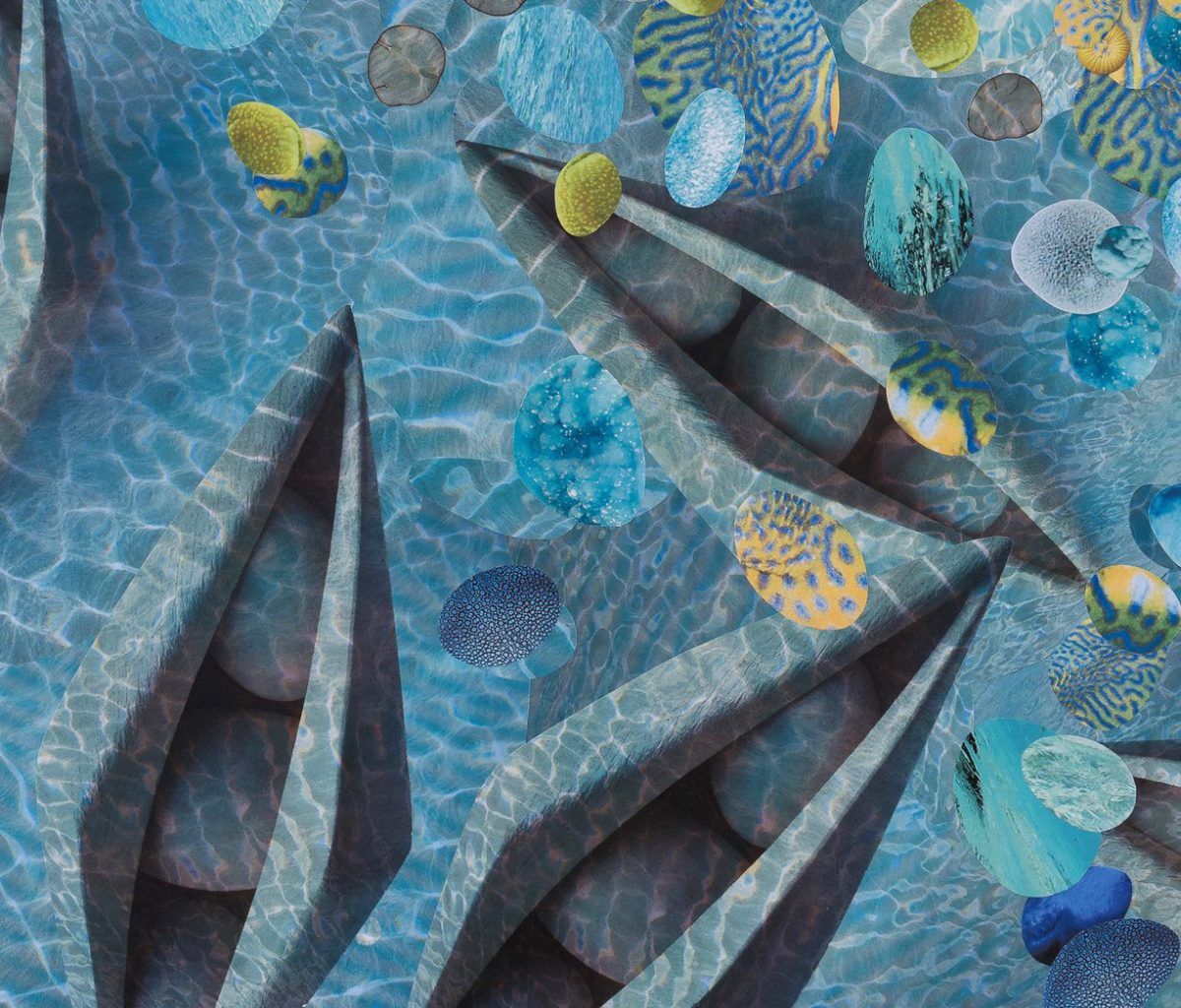 The featured body of work is a tribute to the ecologies of the Great Barrier Reef. The exhibition conveys Murphy’s otherworld experiences of exploring and photographing underwater sunlit lagoons, reefs and deeper waters over many years. As such, Murphy’s works express fragile ecologies and imagined new scenarios. The interplay between art, the environment and science is a focus in Murphy’s practice. The collages in this exhibition are composed of hand-cut images from the artist’s own photos of these watery environments. Murphy’s new, large-scale collages represent an extension of her focus on sculptural form to an investigation of sculptural illusion.

Fiona Murphy is a Melbourne artist whose practice spans more than 30 years. Twenty-six solo exhibitions of her artwork have been held at major Australian Galleries. She is recognized internationally and nationally through collections which include the National Gallery of Australia, National Gallery of Victoria and Art Bank. Murphy has exhibited in international awards and she has been included in curated exhibitions in the USA, Germany, Italy, Japan, and Singapore. Her artworks and commissions include ceramics, collages, mixed media sculpture and bronzes. In 2013, Fiona gained a doctorate from Monash University. In the same year, her large installation Reef Lab was exhibited at MADA Gallery, Monash University.