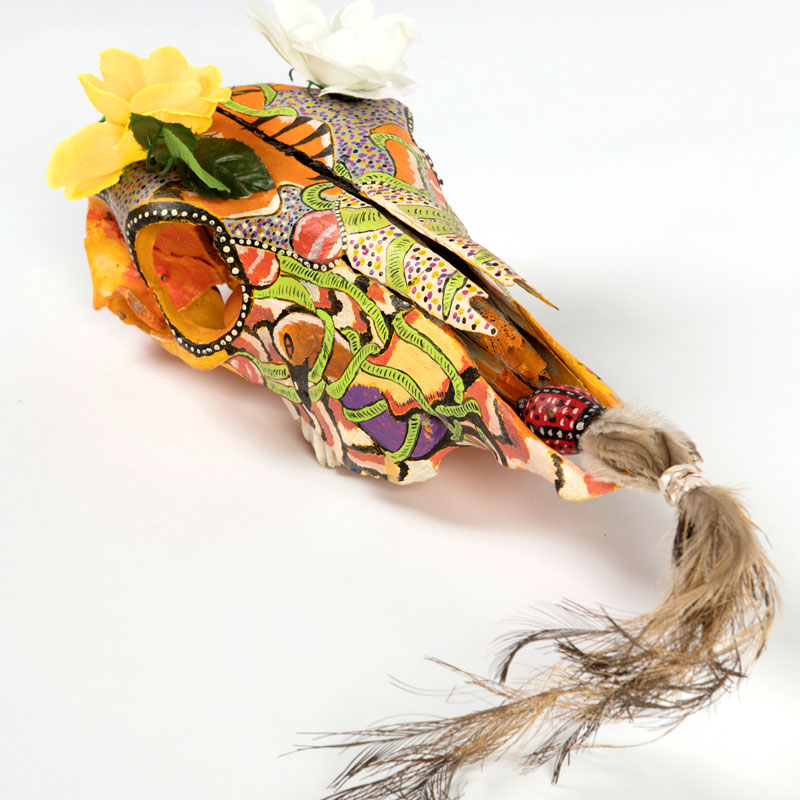 Chapman & Bailey Gallery, in conjunction with Mangkaja Arts, is pleased to present a series of paintings and sculptures by John Prince Siddon.   John Prince Siddon is a visual magician, skillfully weaving the cycles of seasons, the brutality of nature and ancient stories of his Walmajarri heritage into a vivid collage of personal observation. For his debut Solo with Chapman and Bailey Gallery, Melbourne, “Hunting Season” brings together a wide selection of Prince’s work from 2011-to present, showcasing his visionary stories with paint onto various surfaces such as tin, plywood, print, 3D carved artifacts and animal skulls and the eclectic combination of all these mediums. “Siddon takes us into a world where anything is possible, where everyone is either predator or prey, or perhaps both. Drawing from and riffing off narratives from the Narrangkarni, the dreaming, these works speak to life and death and the spaces in-between. They draw on Siddon’s unique Walmajarri heritage but speak equally to his life in a global world. They are full to the brim in danger, and evoke a fear of death; they put forward the only truth in our lives, that we are born and that we will die, yet the vibrancy of colour and pattern speak to the excitement, passion and vigour of the experiences we can have in this world.” Glenn Iseger-Pilkington Prince’s narrative formula and patterning technique is resonate of the traditional Kimberley craft of boab nut carving and in former times the process of scratching into tobacco tins that enabled artists to earn an independent income. John Prince Siddon is the son of Pompey Siddon, who was one of the founding painters at Mangkaja Arts Resource Agency in Fitzroy Crossing W.A in 1991. A Walmajarri man, John Prince was born in 1964 in Derby, and spent his early years working on cattle stations of the West Kimberley region. Prince has been painting with Mangkaja since 2009. For his latest work he has been selected as a finalist in the inaugural National Aboriginal and Torres Strait Islander Art Awards (NATSIAA) this year. Mangkaja Arts (MARA) has existed for over 35 years and over this time has supported culture by facilitating art making, via the supply of art materials, bush trips, archive safe-keeping and database, and by being a sentient link between artists on the one hand, and institutions, visitors and gallerists on the other. www.mangkajaarts.com Exhibition Details: 4th July – 28th July 2018 H: Mon-Fri 10am – 5pm Sat 10.30am – 4.00pm 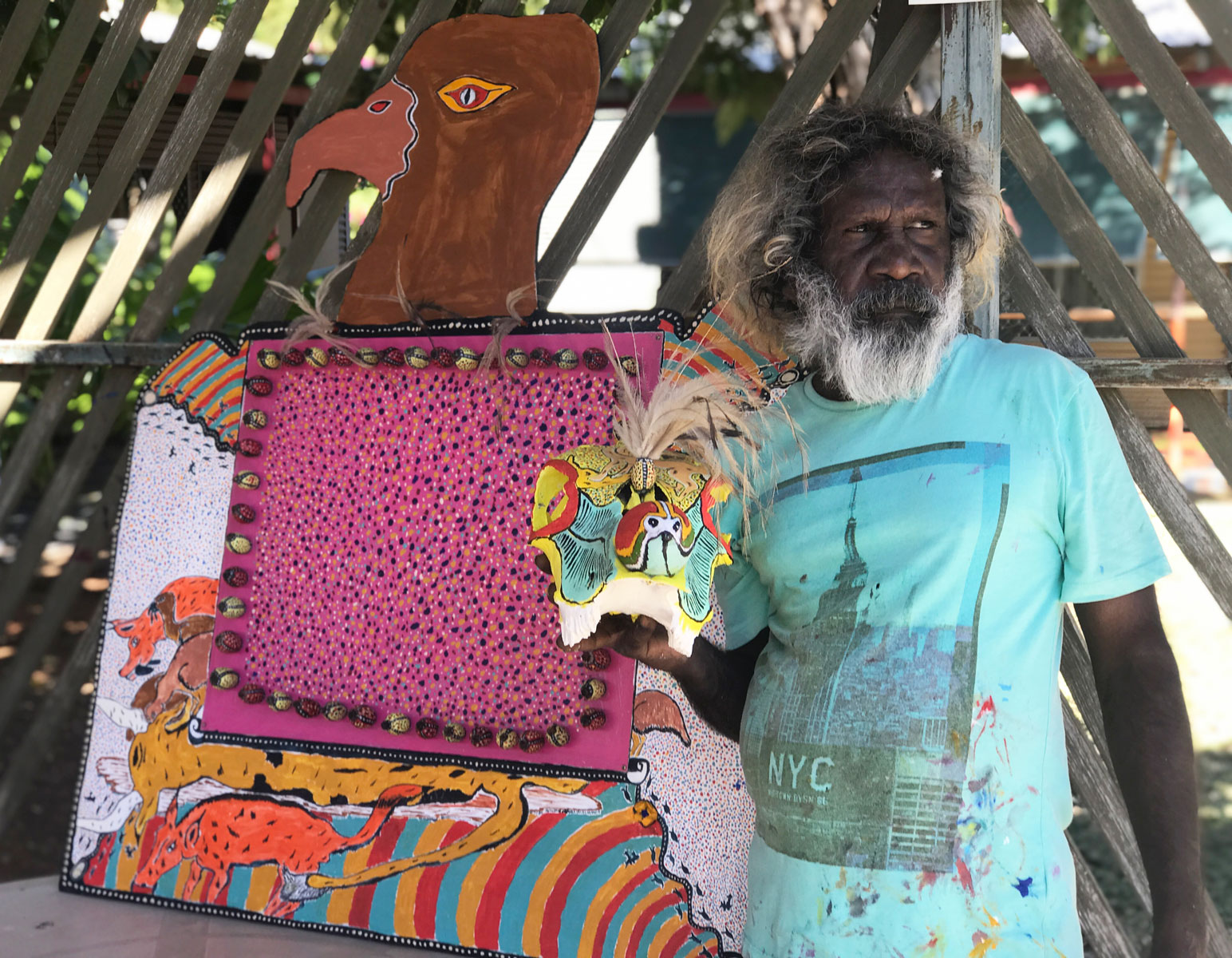