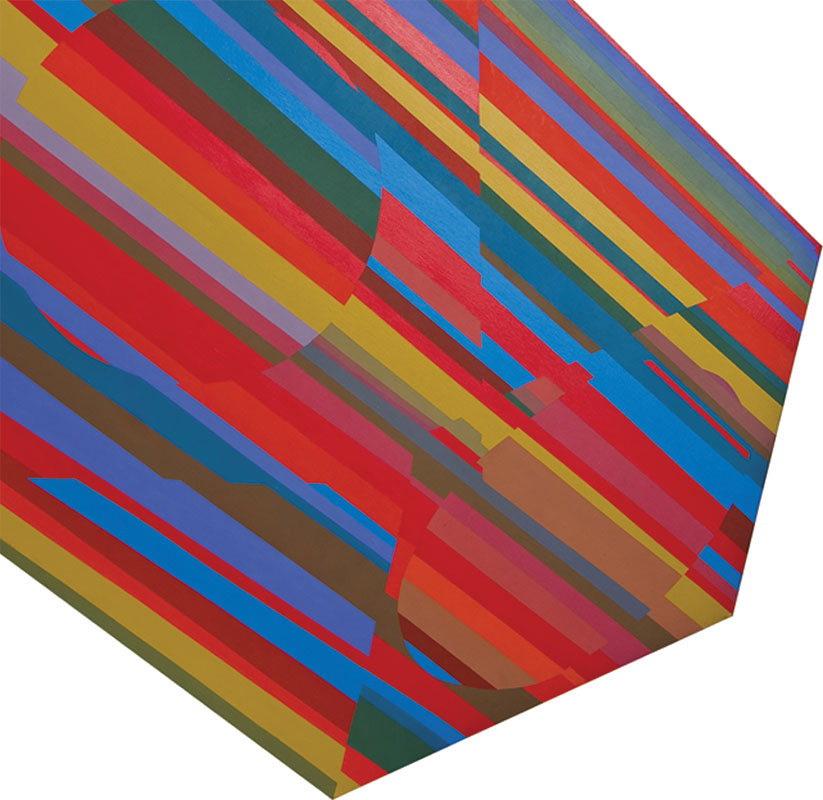 Chapman & Bailey Gallery in conjunction with Mossenson Galleries, Perth, is pleased to present a series of paintings and sculptures by Australian artist, Col Jordan.

Jordan’s art practice employs the formal properties of colour and tone as a means to create works that are spatially ambiguous. Jordan’s paintings are particularly well known in relation to Australian hard-edge abstraction and optical painting. Notably, he was part of a group of artists included in the groundbreaking and controversial exhibition, ‘The  Field’, held at the National Gallery of Victoria, in 1968.

In response to his current work, Jordan emphasises that,  “Had I not been absolutely committed to the principles which determined my Field Works in 1968, I would have stopped years ago. I do what I do because I am who I am.”

Jordan is also currently included in ‘The Field Revisited’, an exhibition at the National Gallery of Victoria, viewable until 26th August 2018.